The American Library Association (ALA) celebrates your right to choose what you want to read year-round but especially next week during Banned Books Week (September 22-28, 2013).  Discover what you're missing at your favorite library. Read banned books (or listen to banned audiobooks or playaways or other formats).  Our promo trailers explain.

Family histories are filled with little known artifacts that were famous in times past but have long since been buried beneath the accumulating dust of passing decades.  Such is the history of this round barn, built by one of my wife's collateral ancestors.  The round barn is located along state road 57 four miles south of Washington, Indiana, at the junction of county road 450 south (in Daviess County). Click the images below to enlarge. 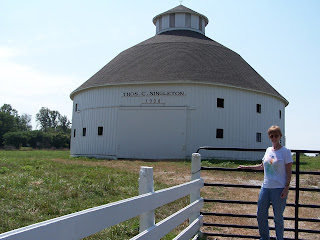 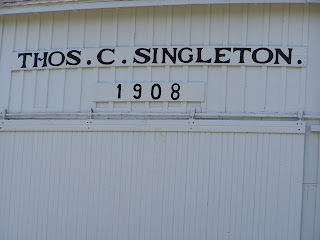 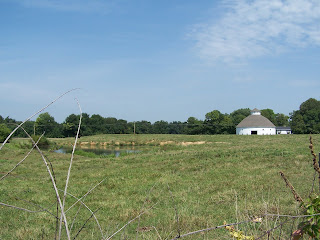 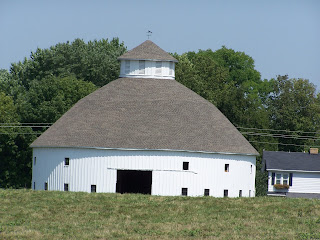 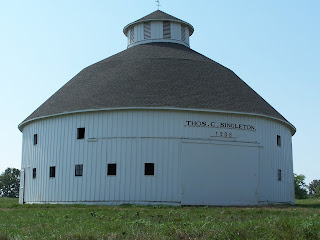 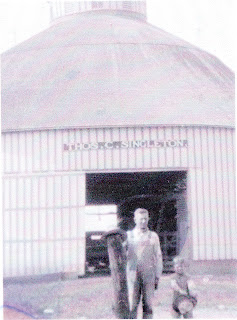 Janet's father, Charles D. Griffin, was Thomas Singleton's great nephew.  Charles, an Indianapolis native who attended Shortridge High School as an underclassman when Kurt Vonnegut, Jr., was a senior, spent many fond childhood summers visiting and working at Singleton's farm.  But that's not why this round barn is famous. 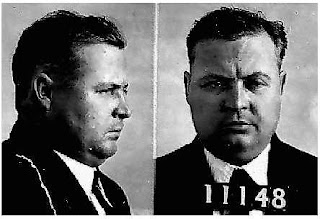 In 1925, D. C. Stephenson, grand dragon of the Ku Klux Klan (KKK) in Indiana, was tried and convicted of the kidnapping, rape, and murder of Madge Oberholtzer, a state education official. While in prison in 1927, after failing to secure a pardon from the state's klan-affiliated governor, Edward L. Jackson, Stephenson vowed revenge by leaking documents to the Indianapolis News that identified numerous Hoosier elected officials (both state and local) who were bankrolled by the KKK. These documents were hidden in two "black boxes" somewhere in the state, and Stephenson finally told reporters that they were secreted in Thomas Singleton's barn.

Thomas Singleton had no knowledge of the black boxes--he had absolutely no klan connections whatever--and was as shocked as anyone when, in July, 1927, Marion County's deputy prosecuting attorney, Emsley W. Johnson, Sr., met with Stephenson's longtime friend, Evansville businessman L. G. Julian, to recover the hidden black boxes from Singleton's barn. 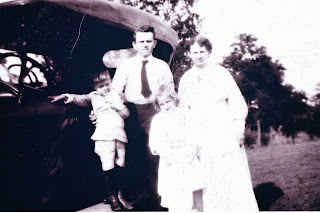 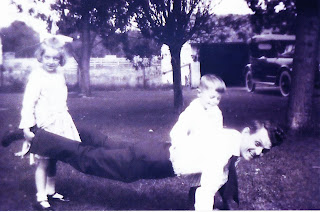 By an amazing coincidence, Emsley Johnson, Sr. was a nephew (by marriage) of Thomas Singleton.  Johnson knew first-hand that Singleton was innocent of any involvement with the boxes.  Stephenson probably arranged with L. G. Julian to have the boxes secured in a remote location that could be easily found when subsequently needed.  The round barn's identification (visible from the road) and its location along a prominent state highway (57) immediately south of a county seat (Washington, Daviess County, Indiana) made it an ideal hiding place. 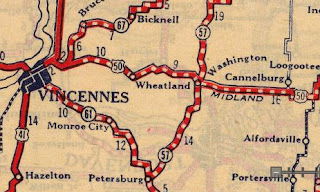 The evidence discovered in Stephenson's two black boxes resulted in the prosecution and conviction of numerous KKK-affiliated elected officials.  It marked the collapse of the klan's political power in Indiana.

Today, Thomas Singleton's round barn is noted in photo books (such as this) showcasing interesting Hoosier rural architecture.  Few people know about its role in ridding Indiana government of corruption during the years before the Great Depression. It is an interesting historical anecdote, but for Singleton's great nephew, Charles Griffin, the barn remains primarily a place of happy summers spent with family working their farm.

Don Cosby wrote a three-part series in the The Washington Times-Herald (2010) detailing Singleton's barn and its role in bringing down the KKK in Indiana. Parts one, two, and three are available online.

Posted by William R. Buckley at 6:36 PM No comments: