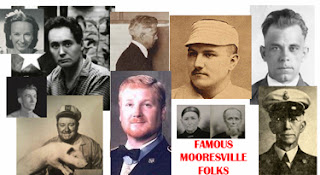 Click the names below to learn more about these famous Mooresvillians.
Posted by William R. Buckley at 4:29 PM No comments: 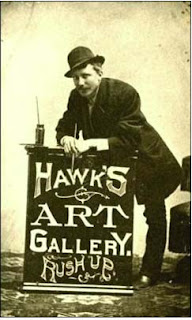 James Whitcomb Riley, sign painter (ca. 1872)
(Photo courtesy of Indianapolis Public Library Riley Collection)
Although famous Hoosier poet James Whitcomb Riley (1849-1916) grew up in Greenfield, Indiana, in Spring 1874 he moved to Mooresville to live with his aunt and uncle, Jim and Ann Marine, while he worked as a sign painter in a shop located at 25 South Indiana Street downtown.  The building is known as the Perce Building (for owner Dr. B. H. Perce, who had it constructed around 1865).  Our video (below), this slideshow, and this blog post, elaborate.
In addition to sign painting, Riley wrote articles and humorous quips for the local newspaper, the Mooresville Enterprise, as well as for other Morgan County newspapers.  When trade was slack, Riley would slip around the block to hang out with local photographer and Civil War veteran Jarvis P. Calvert at his art and photographer studio on East Harrison Street. 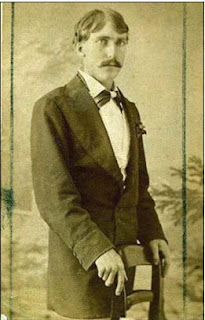 Arthur C. Newby (1865-1933) was born and raised near Monrovia, Indiana, but owned land in Mooresville that became an important part of local education here (see below).  Newby was an early bicycle and automobile manufacturer and co-founded the Indianapolis Motor Speedway.  He moved to Indianapolis in 1881 seeking employment and was a middle manager for the firm of Nordyke & Marmon.  In the 1890s, Newby co-founded the Zig-Zag Cycling Club, and, along with Charles E. Test and Edward Fletcher, he established the Indianapolis Chain & Stamping Company, which later became the Diamond Chain Company.  By the end of the 1890s, Newby’s business was supplying roughly 60 percent of American-made bicycle chains.  From 1894 to 1899, Newby was also associated with Hay & Willits Manufacturing Company, which made Outing bicycles, a popular brand. 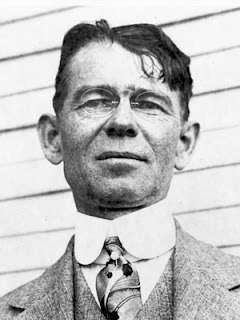 Arthur C. Newby (1865-1933) (see obituaries here)
In 1898 Newby teamed with James A. Allison and Carl G. Fisher to construct the Newby Oval, a bicycle racing track near 30th Street and Central Avenue in Indianapolis.  This trio later founded the Indianapolis Motor Speedway in 1909. By the turn of the 20th century, Newby focused upon automobile manufacture, co-founding the National Motor Vehicle Company, which built electric and gasoline-powered automobiles. 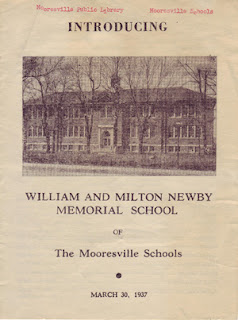 Dedication Program for William & Milton Newby Memorial Elementary School
(March 30, 1937)
“In 1920, Arthur C. Newby gave a 140 acre farm (located west of Mooresville near Bingham and Greencastle Roads), together with considerable other property, to the Mooresville School Association. His wishes were that they be sold and proceeds used toward the creation of a new school with the stipulation that it be named in memory of his uncles, William and Milton Newby. Mooresville’s existing elementary school, the Academy Building which originally housed MHS [Mooresville High School], was filling more and more each year. The William and Milton Newby Memorial Elementary School was decided upon and plans were drawn in 1935. Construction began in January 1936. The cost was approximately $93,000. The architectural style was Georgian Colonial. The new building included ten classrooms, a recreation room, cafeteria and kitchen, four dressing rooms, the principal’s office, a suite for first aid, music and art supervisor’s office, teachers’ rest rooms, a workshop for the custodians and a large storage room were also included in the plan. The school grounds covered about eight acres of picturesque rolling and wooded lot.” [Quoted from Susan Haynes (2016).  William and Milton Newby Memorial Elementary School. Mooresville, Indiana: Mooresville Consolidated School Corporation.]

There's also a video about Arthur Newby (below).

Posted by William R. Buckley at 4:15 PM No comments: 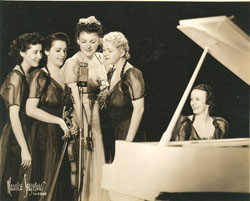 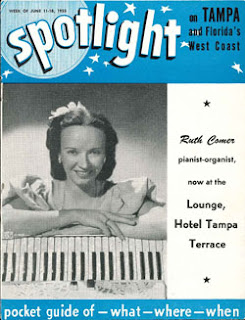 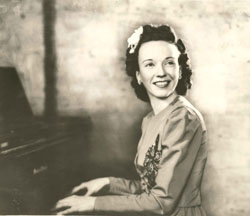 Ruth Ellen Comer (1909-1995) was the daughter of Charles Benton Comer and Mary Aldrich Comer.  She graduated from Mooresville High School and Butler University School of Music and further studied music at the University of Southern California.  She was a professional musician, playing piano, pipe organ, and accordion.  She was best known as a member of the musical group, Maria Karson & Her Musicales (1940s), who appeared on national radio and played a variety of clubs and hotels across the country.  Click here to learn more about this gifted lady, or watch our video (below).
Posted by William R. Buckley at 4:11 PM No comments:

Sammy Lee Davis moved to Waverly, Indiana from California following his junior year to attend Mooresville High School (graduated MHS Class of 1966). After enlisting in the U.S. Army, he distinguished himself in combat service in Vietnam and, on November 19, 1968, was awarded the Congressional Medal of Honor by President Lyndon B. Johnson (see the Weekly Compilation of Presidential Documents, Monday, November 25, 1968, pp. 1611-12, 1614). Davis has an autobiography available to checkout from our Evergreen Indiana catalog. 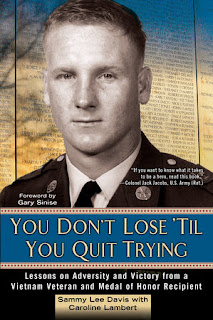 Click book cover (above) to go to our online catalog 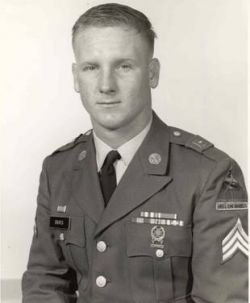 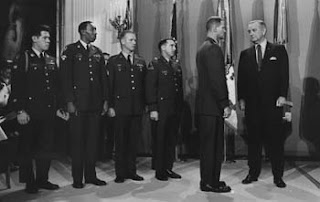 Mooresville native Amos Wilson Rusie (1871-1942), “the Hoosier Thunderbolt,” pitched for the New York Giants between 1890-1901. He held many major league pitching records and was considered the fastest pitcher in professional baseball. For more about Rusie, watch the videos below; read this article fromTraces of Indiana and Midwestern History (1989); take a look at our “flash from your past” flashcard; or visit the MPL Indiana Room, to learn more about this all-star pitcher. 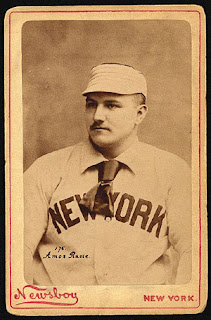 Camby native Frank Inn (born Elias Franklin Freeman) (1916-2002) grew up on a farm near Mooresville.  His parents operated Freeman’s Florist shop in Mooresville for many years.  Inn was best known as an animal trainer for Hollywood movies (such as Benji, The Thin Man series, and Breakfast at Tiffany’s) and television programs (such as the 1960’s sitcoms The Beverly Hillbillies, Green Acres, and Petticoat Junction).  For Green Acres, Inn trained Arnold the Pig (character name:  Arnold Ziffel).  Arnold came from Jim Clem’s farm on Johnson Road just outside Mooresville. 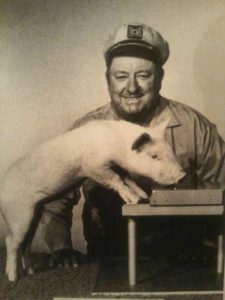 Frank Inn with Green Acres star, Arnold the Pig
Inn’s book about Benji is available to check-out from our Evergreen Indiana catalog.  Visit the MPL Indiana Room, or read this brief biography, to learn more about the man and his talented animals. 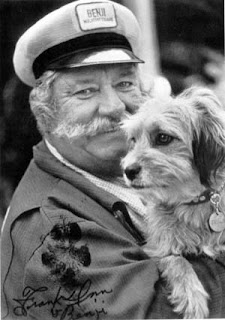 Frank Inn & Benji
On May 7, 2016, the library presented a program celebrating the 100th anniversary of Frank Inn’s birth.  We captured the program on video (below). Frank Inn was portrayed by David Reddick, chair of the Morgan County Indiana Bicentennial Celebration.

Posted by William R. Buckley at 3:52 PM No comments: 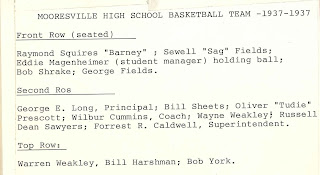 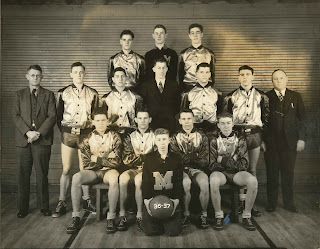 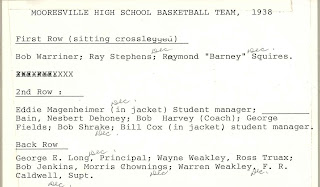 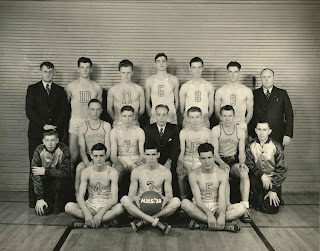 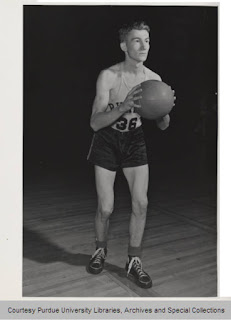 Posted by William R. Buckley at 3:47 PM No comments: