We've got a handout that explains HGI's paranormal discoveries along with a map showing locations of such activities. Click the links below to see the handout: 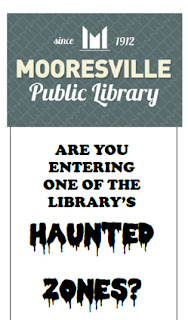 Considerable paranormal activity occurred in the library basement. EM interference appeared to disrupt a flashlight's beam without mechanically altering the on/off switch. (The flashlight was fully functional and otherwise operated perfectly.) The team captured some video using somebody's cell phone (to view, click these hyperlinks:  005, 006, 007; or click the video players below).


Some of the EM flashlight interference seemed intelligently driven, but more experiments would need to be conducted to replicate these results if they are to be more than simply suggestive of paranormality. There was audible knocking on tables and walls throughout the building without anyone present causing the noises. The spontaneous PK movement in the Indiana Room, when a book moved by itself from a tightly-packed bookshelf to land five feet away on the floor, was impressive. Was any of this done by disembodied spirits? There is insufficient evidence from which to draw a conclusion, but, certainly, something paranormal appeared to be happening.

Paranormal Activities in 2013-2014:  The MPL maintenance staff have observed strange phenomena at night after the library has closed.  These include: (1) computers spontaneously turning themselves on and off, without any ordinary explanation (i.e., the computers had no automatic command settings to turn on or off, and no one present activated them)--these computers stayed on only long enough to display an image of a woman dressed in black; (2) a woman's voice singing from mid-air in the Grand Hall, when nobody (other than maintenance staff) was physically present in the building, and no electronic devices were operating that could play a recording or receive a radio, television, or Internet transmission; (3) doors opening and closing by themselves; and (4) objects placed in one location mysteriously appearing in other locations without being moved by anyone present.

Most recently (December 1, 2014), the library's youth services page saw a little girl (age approximately 10 years) near the youth biography section of the youth services department.  The girl was wearing an old-fashioned jumper (based upon the page's description, it was of the type worn over 50 years ago).  The girl was sitting on the floor.  The page informed her that she would need to move to a table nearby, as floor-sitting was not allowed (for safety reasons). The girl did not speak but stared intently at the page.  The page then wheeled her book cart to the youth services information desk, and, upon looking back to see if the girl had moved, the page was surprised to see that the girl was gone. The page looked throughout the youth services area, but the girl was not found.  To have exited youth services, the girl would have had to have walked directly in front of the YS information desk. Neither library staff nor patrons in the area saw the girl leave.  "It was as if she just disappeared," said the page.

Let's move from psychical science to folklore. Haunted places as folklore become part of a society's legendary collective storytelling. As stories passing through the cultural consciousness, they are interesting without the need for veridical evidence. As such, we may speculate freely about possible causes. Some of the purportedly spiritualistic communications secured in the library basement appeared to come from disembodied entities identifying themselves as former MPL director Bonita Marley (1906-2002) and Mooresville school teacher and librarian Marian Adams (1920-2000). Although this has not been verified as genuine spiritual interchange (from a parapsychological standpoint), it makes for great folklore stories.

Visit the Library to see if anything paranormal happens to you. Anything's possible. If you're interested in paranormal books, watch our book trailer playlists. We've got one for nonfiction and another for fiction.

To learn more about the paranormal, please visit The Psi Encyclopedia. 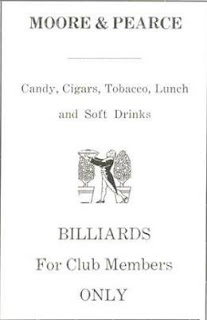 In the 1920s, Moore & Pearce operated a pool hall in downtown Mooresville, Indiana.  It was there that John Dillinger appeared following his aborted holdup of Frank Morgan, owner of the West End Grocery on West High Street. During the robbery attempt, Dillinger had struck Morgan with an iron rod, severely injuring him.  Later, at Moore & Pearce's pool hall, Dillinger asked about Morgan's condition, before news of the assault had reached there.  This made listeners suspicious, some of whom repeated Dillinger's comments to Mooresville Town Marshall Greeson.  This lead to Dillinger's arrest.

Watch the video below to learn more about this crime.

Posted by William R. Buckley at 4:01 PM No comments:

Mooresville Public Library had a fine float in this year's Old Settlers Parade.  We dropped by to take a few photos (click to enlarge). 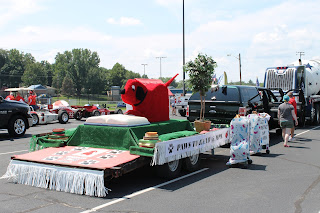 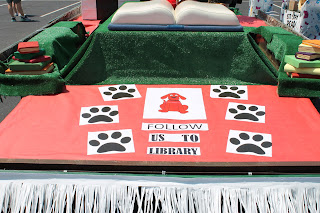 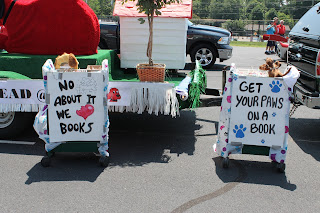 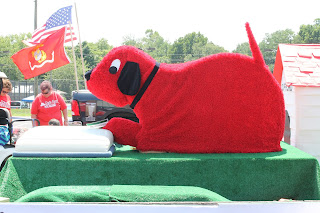 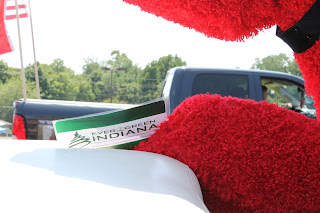 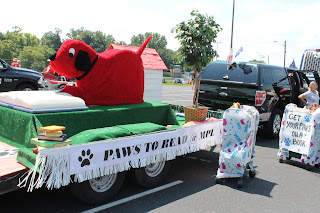 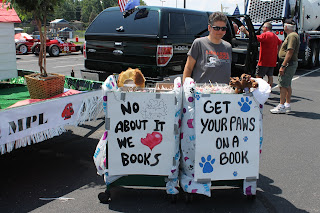 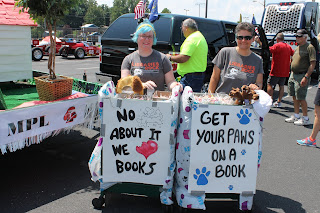 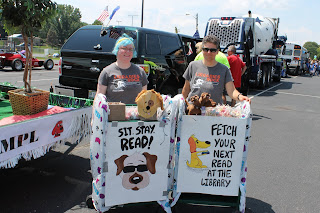 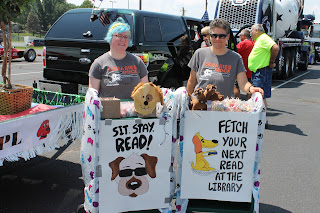 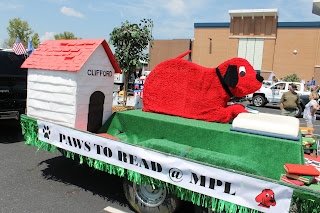 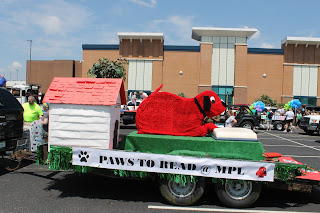 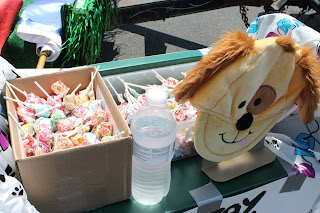 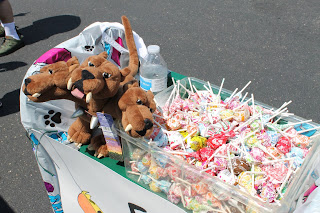 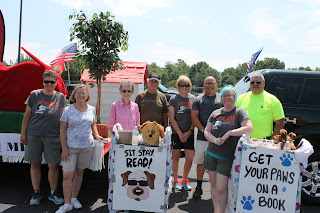 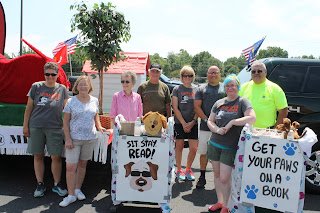 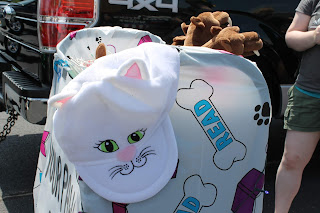 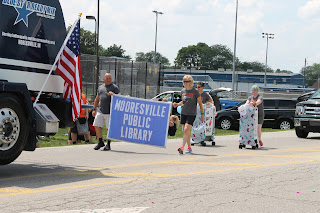 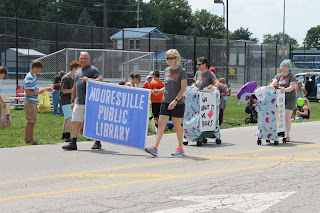 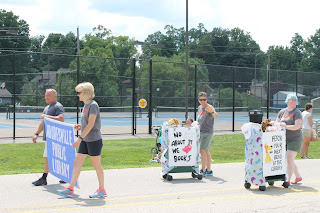 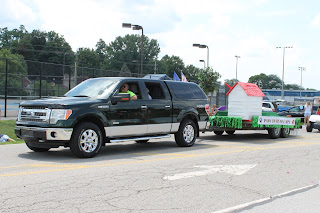 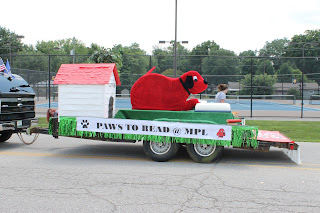 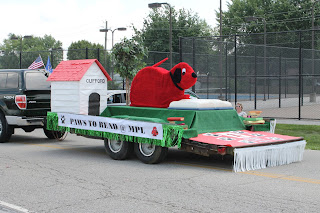 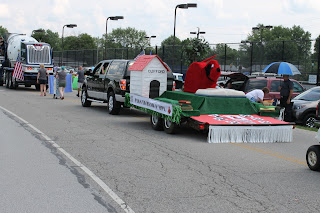 Posted by William R. Buckley at 4:44 PM No comments: